Local and Community History Month took place last month, and it’s been a chance to delve into our county’s past and uncover how events have shaped it into the area it is today.

The event’s organisers, the Historical Association, encourage people to research, read and share information about the history of their local areas, so we thought we’d start things off by taking a peek into the rich and colourful past of some of Shropshire’s most notable towns.

Fondly named Little Switzerland during the late Victorian era, Church Stretton’s history stretches far back into the ancient past.

The Iron Age hillfort that sits atop the majestic Caer Caradoc was inhabited thousands of years ago, while its hills feature some of the oldest rocks in England.

An old Roman road, Wattling Street, runs through parts of the town, with various settlements and trade hubs developing on either side through what was then known as the Stretton Gap.

Church Stretton grew to be the largest of these settlements, becoming a market town in 1214. In 1337, its weekly market day was changed from Tuesdays Thursdays after a charter was granted by Edward III, and since the 13th century, the town’s square has been the main marketplace.

Church Stretton’s abundant local wool also made it an important hub for the wool trade, with a carding mill being built to manufacture textiles in the 18th century; today home to a popular tourist area.

Market Drayton actually grew around an ancient administrative division (known as a ‘hundred’) of present-day Hodnet. In 1086, it was one of the smallest settlements on record, with just five households.

Originally known simply as ‘Drayton’, it became Market Drayton in 1245 when King Henry III allowed the settlement to hold a weekly Wednesday market, still held to this day.

Nearby Styche Hall, of course, was the birthplace of Clive of India and was designed by the architect who also created London’s famous Somerset House.

Market Drayton was almost destroyed in 1651 when a great fire spread from the local bakery throughout the surrounding timber buildings, and to this day, the town’s buttercross still houses a bell for people to ring if another fire occurred.

Split into two by the River Severn, the town of Bridgnorth was originally named after a bridge which was located further down the river at Quatford.

The town was initially created in 1101, when the Third Earl of Shrewsbury, Robert of Belleme, constructed the town’s church and castle to defend against attacks from Wales.

Indeed, Bridgnorth became one of the most important royalist strongholds in the Midlands, with royalist troops garrisoned there during the Civil War in 1642.

The castle, remnants of which still stand today, leans at a curious 15-degree angle because of the damage caused during that war.

The town’s famous Cliff Railway has been operating since 1892 and still provides a welcome alternative to the 200 steps that weave from Low Town to High Town.

Of all the continuously inhabited towns in the county of Shropshire, Whitchurch is the oldest. In fact, remnants of the Neolithic area suggest that people lived in the area as far back as 3,000 BC.

Standing on an ancient Roman road between Chester and Wroxeter, Whitchurch was first settled during Roman times in around AD 52 when it was known as Mediolanum.

The town has had numerous name changes since its inception; from 1066, it was known as Westune and was part of nearby Hodnet’s administrative division in the Domesday Book of 1086.

After the Norman conquest, it became Album Monasterium (meaning ‘White Church’, after the town’s church was built from nearby white Grinshill stone), eventually becoming simply ‘Whitchurch’.

The town has a long history of dairy farming, which flourished when local cheeses could be transported on the newly constructed Llangollen Canal after 1811.

The original construction of Ludlow Castle in 1075 by Roger de Lacy led to inhabitants settling around the castle walls in Dinham; Ludlow itself did not become a town until the 12th century when successive Marcher Lords began to plan and develop it.

Ludlow Castle played a significant role in the fortification of the Welsh Marches, featuring in the Owain Glyndwr rebellion, the Wars of the Roses and the English Civil War. Napolean’s younger brother, Lucien Bonaparte, was even imprisoned in Ludlow in 1811.

Much of the town’s prosperity came from its position as an important trade hub for wool, cloth and numerous trade guilds from metalworkers to drapers, with various Drovers roads leading directly into Ludlow from Wales.

The town was expanded in the 18th century to create inns and ale houses for travellers journeying by stagecoach and mail coach and today, Ludlow remains known for its hospitality and gastronomic innovation.

If you have any stories or pictures to share about the history of your corner of Shropshire – whether you’re in a town, village or hamlet – we’d love to hear from you. Simply drop us a line through our Contact Page.

How can we make homes more affordable to run? 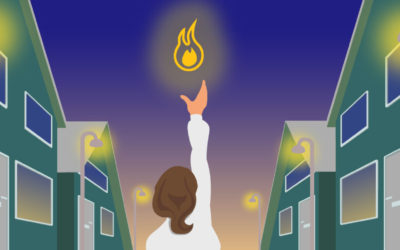 We're 2 weeks into our Housing Needs Survey of #Grinshill. If you live in the parish, make sure you complete it asap; it could help to shape future homes.
Find the survey here: https://t.co/FTuoskB7gM 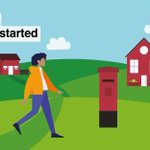